‘Roundabout is one of the most interesting and hard working small arts companies in Australia.  Their professional delivery of site specific and roving arts work has been lauded in Mackay for the last two years. Their attention to detail… make them a joy to work with and their audiences respond in kind.’
David Gerrand  | Festivals & Events Producer | Mackay Entertainment & Convention Centre | Mackay Regional Council

' On behalf of our Director, Ian Scobie, and all of us behind the scenes at WOMADelaide, THANK YOU for your wonderful roving performances last weekend.  I think all three shows were a hit and it was lovely to have you back in the Park! '
Annette Tripodi  | Operations & Program Manager Womadelaide 2014

‘ The best events become festivals when they transport the patrons to a different place. Each year Roundabout Theatre provide this escape, to a place where snails are 7 foot tall, where backpackers are lost, dazed and confused, and where stylish Frenchmen ride around on strange and wonderful bicycles. It’s always a delight to engage Roundabout Theatre for new and exciting performances. ‘
Glenn Wright  Director | Mullum Music Festival

' Roundabout were terrific, and really captivated the crowds. I’m so glad we were able to bring you down for the day.'
Brendan O’Connell  | Associate Producer, Sydney Opera House 40th Birthday 2013

' We’d like to thank you wholeheartedly for contributing to Cairns Festival 2012 as one of the most successful seasons to date!  Your acts were energizing, creative and contributed so much to the scale of this year’s Festival.  We look forward to seeing future work from you and again thank you for your time and dedication to this year’s event.'
Roz Pappalardo |Cairns Festival Event Coordinator Creative Cairns | Cairns Regional Council 2012

‘ I took my nine year old daughter and her friend to see ‘Colours’ at  'A Wonder-full day ' in Lismore. We were all excited by it’s uniqueness and high level of production, and how it engaged children of all ages and their parents. Well done Roundabout Theatre! ‘
Kim Brisbane | Parent and Creative Producer Turtle Films. 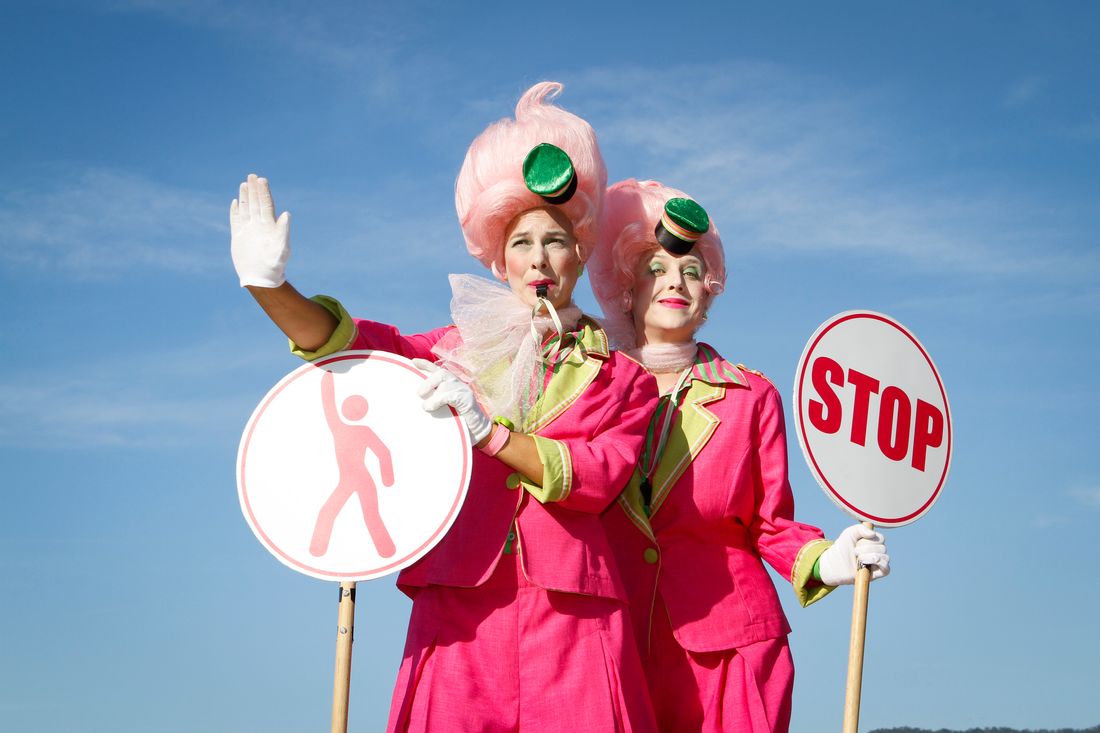 Join us for a brand new incarnation of our children's show Colours. We have developed the show into an immersive adventure that will take place across three rooms under The Northern Rivers Conservatorium of Music

email valley@roundabout.net.au to reserve a spot.

A mix of old fashioned lawn games, Victorian parlour games, & a sprinkle of Olympics - it's a get-your-knees-dirty with a new friend event- musical chairs, giant twister, egg & spoon race, extended hopscotch, plus loads more games you've never heard of because they're being…

The Valentines Workshops at 'Little Days Out', South Bank Brisbane

The Valentines will be helping children to make love covered craft for their mums at ' Little Days Out' South Bank, Brisbane this mothers day.

Our new interactive children's show is on this weekend April 10th ,11th ,12th @ 10.30am daily in the Surfers Paradise Festival Pavilion.